Keanuuuuuu.  You may have seen this chill af time vampire in his Superbowl ad for Squarespace, standing on top of an actual motorcycle going actually 45 mph down an actual highway because he’s a dedicated bananas person.  You may have seen him in the Sad Keanu meme, which is a portion of his Wikipedia page.  You may have seen him in your friend’s Neo costume for Halloween (as an aside, unless the theme is Keanu Reeves Roles please don’t actually do this).  You may be on board with the theory that he is immortal and is a vampire and/or French actor and doctor Paul Mounet who supposedly died in 1922.  (I’m on board, both because 1. look at him 2. may he reign forever) He is a kind, friendly, earnest weirdo who soars best when he gets to hit people and not talk, and I. LOVE. HIM.  Not ironically, not just in The Matrix, not just as a joke.

LOOK AT THIS ADORABLE CUTIE
LOOK AT HIM

So my guy was actually born in Beirut, but moved around quite a bit as a kid.  He is Canadian and spent a large chunk of his growing-up years in a suburb of Toronto, and while I should be above the “Canadians are nice” jokes, I’m *super* not and clearly Canada rubbed off on Kay-Kay because he is supportive sunshine.  He is dyslexic, and was sassy in school, and didn’t do great there, but that’s probably just because they didn’t let him hit stuff and have good hair.  Also he was bored because he is actually thousands of years old.  Obvs.  His dad wasn’t really in the picture after the first couple years, but his mom remarried several times, and he’s been close with stepdads.

The Matrix. Of course The Matrix.  These movies, or at least the first one, were such a cultural touchstone that even people who uh, didn’t see them until uh, like, 2013 or so (definitely not me definitely not because R-rated stuff scares me nope this is about someone else) knew about the coat and the bullet dodging and the blue and red pills.  Homie was a household name and a household cool guy.

Speed. “This plot is so stupid!” Kinda? What’s your point?  It was still fun and ridiculous and honestly a good thriller premise.

Bill and Ted’s Excellent Adventure.  I’ve watched a bunch of his interviews where the host or a studio audience member just cautiously is like “if, um, it’s not too much trouble, could you possibly, it’s just that, like, my childhood revolved around your doing this” and he just nods and air-wails and punches out “eeeeexxxcellent!” He is a TREASURE don’t TOUCH ME

And, duh, Point Break. If you’re really going to tell me that a movie starring Keanu as an FBI agent, Patrick Swayze as a surfer, Gary Busey as… someone and John C. McGinley as Boss Who Yells isn’t the best thing you’ve ever seen in your life, you can take every single seat.  This movie is if The Town were three hours behind Eastern Standard time and like, way more chill, man.  The end is everything and I have spent time way more poorly than watching this movie so COME AT ME, BRO 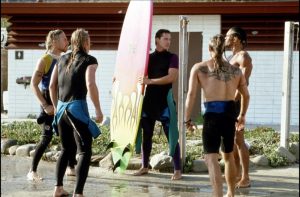 me ready to fight all you haters

Okay, so this is where I’ve been told that my taste is somewhat questionable, but there are several movies in which I really flippin’ love Keanu because he tried so very hard and wasn’t quite spot on and I just really appreciate seeing effort put in when it doesn’t work.

Specifically here, I mean Much Ado About Nothing.  Love this movie, love everything about this movie, including Keanu-face, who plays the villain, Don John.  My guy here got pulled in by Kenneth Actual Branagh and was like “it’s Shakespeare and you’re the bad guy” and he goes SO HARD.  I don’t know if no one told him it was a comedy or if he knew but also knew he had to be the bad guy or what, exactly, but he puts so much into it and it’s not really right and I love him for it.  You just know he wasn’t sweeping in the first day of shooting having barely memorized his lines – he was home, until 3 in the morning, reading his script and making faces in the mirror and NEVER CHANGE, MR. REEVES. EVER.

Along those lines? The Lake House.  A romance with Sandra Bullock that is surprisingly sweet and I truly enjoyed.  “But he’s not really a traditional fun romantic lead!” I hear you, and I don’t care.  He’s a sweetheart who did good in this movie.  At one point, he asks Sandra Bullock to explain her favorite book, which is Jane Austen’s Persuasion, and she tells him that it’s about a woman and a man who are in love but her family doesn’t approve and he goes to war and comes back and they’re not in love anymore and Keanu replies with “that’s terrible; why do you like that” and it is the best line he has ever delivered because I have been both Keanu and Sandra in that moment and holy God this is a rabbit trail I’m sorry I’ll come back.

And y’all, if you haven’t seen the John Wick movies yet, go, now, stop reading.  They Are So Good.  I recommend watching the first one with someone who can tell you about the bad parts (specifically when they hurt his doggie) but HE IS SO GOOD IN THIS DANG MOVIE.  He doesn’t speak much, the script is so sparse, but the action scenes, which he trains for and does himself nearly always, are STUN-NING and they are just pinnacles of the action genre.  He’s at his best in these two.  He wears suits, he has cool facial hair, he shoots and actually reloads his gun because it doesn’t have infinite bullets, there’s dogs, Common is in the second one, come on.  These sell themselves. 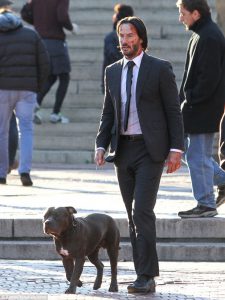 This is it, this is basically the series, how do you not want this

Okay, serious turn here, for a moment.  He is not married and his one child was stillborn in 1999, and the grief broke up the relationship he had with his daughter’s mother, Jennifer Syme.  Jennifer was killed after crashing her car a year and a half later.  It was awful.  It *is* awful.  I can’t imagine what that was like for him, and it makes me so sad when he’s asked about kids and he says he’s too old.  That’s a huge amount of tragedy to deal with, and I hope he’s healed as much as he can from it.

In terms of his personal interests, he’s directed and produced a few movies in addition to acting, and he is super dedicated to charities and donating money.  Reports say he frequently drives like, a Honda, and his house is a very nice but reasonably-sized house. (Reports say? Who talks like this?  Yes, I could just edit my sentence to be less crappy but I enjoy showing you all how bad I am at writing sometimes).  He played bass in an alt-rock band called Dogstar, and if you’d like to be uncomfortably attracted to Mr. Reeves I suggest Googling videos of him doing so.

If you’d like to continue that attraction, look up any videos of him talking about, working on, or just vaguely around Arch Motorcycles, the company he cofounded that makes bespoke bikeys for the connoisseur.   I don’t have a motorcycle license, but I need one of his very expensive bikes, for reasons. 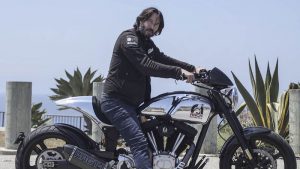 There are like, several books’ worth of Keanu-canon (Keanon?) regarding him being just the nicest dude ever.  Someone caught him riding the subway in NYC one day and offering his seat to a lady.  He’s taken pay cuts on movies to ensure that other actors can be hired.  He stood outside in the rain for 20 minutes at his own wrap party because he didn’t want to make a fuss.  He’s bought lunch for movies’ workers every day for weeks.  A set builder for the Matrix who had fallen on hard times reported that my scruffy weirdo just gave him 20 grand.  His martial arts and stunt coaches all report that he’s basically the geek aiming for extra credit when he doesn’t have to and just works so flippin’ hard.  There was a rumor floating around for a while that he was gay and had gotten married, and he replied that he was amazed by it, not because people thought he was gay, but “because they thought I could land a guy that hot.”  Reddit and tumblr abound with stories that all seem to go “he was in this public place and asked me about my life and listened and was nice.”

He is Chaotic Good.  He crashes his motorcycle and then goes on talk shows and chats about how he doesn’t have a spleen anymore.  He pets people’s dogs while out walking.  He is unfailingly polite and attentive and cool without knowing it.  I feel like if I got a chance to talk to him and was like “yeah I’m a lawyer and I like to say hi to every dog and I get upset online about fiction” he’d be like “that’s awesome, what do you love about dogs?  Tell me about being a lawyer. How’d you get started writing?” and then I’d fire my therapist and learn how to part my hair down the middle.

I am sincerely thrilled that he has continued to get work and make big movies, because kind people should have good things happen.  He has so much talent in the right role, and I love hearing that he’s been in the business for decades and is still like “let’s go make a motorcycle and wear a three-piece navy suit with a black tie and make it look awesome.”  He’s 53 and is still making cool things happen and entrancing a whole new generation of people into going “wait, that guy? Why are you… oh.  Oh, I get it.  Is there more?”

Here’s hoping they make like, 80 John Wick movies, and he gets to design ten thousand motorcycles, and he can just continue to be the popular kid in high school who never goes through a jerk phase and is just wonderful all the time.  Ilu Kay.  Good things come to those who Wick. 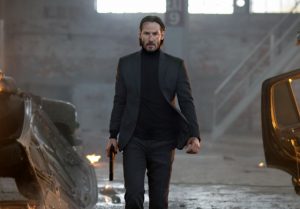 Pulling off this turtleneck, your fave could never

The Men’s World Cup of Kicky Ball Round of 16: a Goober’s Guide