I did a face mask post a little while back on a request, and while this is not on a request, I wanted to write it, so I am writing it.  wow much story so detail what is wrong with me donate button over there for contributing to my face

I am, uh… not great when it comes to traditionally feminine things.  I’m significantly more comfortable in pants, my hair styling can be described as “I wash it,” and bright colors terrify me.  For a while, I was also grossly convinced that my lack of interest in “girly” stuff made me somehow superior.  That is, thank God, no longer the truth, but I kind of swung back in the other direction too hard, and had NO idea how to do any makeup and was too scared to try, even though I wanted to, and this was true through like, most of law school? And several years ago?  I maybe would put on some powder with a crappy brush I got at CVS 6 years ago and had never washed and OOOOH BREAK OUT THE BIG GUNS with mascara. My makeup style could be described as *John Mulaney voice* “you know when you’re 12 and you’re like ‘no one look at me or I’ll kill myself!'”

Enter Sephora.  I re-purchased some non-matched, non-tested powder foundation and got samples and earned a reward or something and was like “oooh this is kinda nice I see why people do it” and I tried, y’all, I really did.  I figured out a primer that works for me and that I still use, and I bought a perfume, and that was apparently enough effort for like another 3 years.

Then I started working, as a lawyer, and was like “oh no they’re all put together” about other female lawyers, and this was the final push for me to at least look like I tried to do something about my appearance.  Is it annoying? Yep!  Is it kinda bullshit that I’ve seen older male attorneys stroll up unshaven with a messy tie and sneakers on and no one cares but if I don’t do a winged eyeliner I’m the one who looks like a slob? Yep!  Do I do a winged eyeliner? Nope! I am still scared of that!

While part of me resents having to care about my appearance to Make It in the Professional World, a larger part of me is shrugging and/or kind of interested in how makeup can do stuff to your face.  I’m still very much into the “natural looking” makeup style (see above: don’t look at me) but I don’t hate my routine, I feel more confident with it, and there is a somewhat indulgent soothing aspect to the ritual of putting on your stuff in the morning. Me Time.  I also got a little bit into skin care stuff, and that’s been fun and even more indulgent because there’s no presentation aspect to the skin care stuff and I get to be in PJs for it. 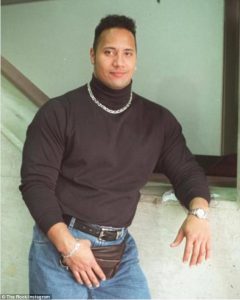